How to stop a bunny being kicked 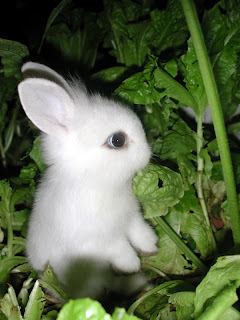 The fact that most things in nature lack the appendages to make a fist doesn’t change that title; you can kick a punching bag, and you can kick a bunny. The more cute and innocent the bunny, the more likely it will get kicked.

Most people do not realise that many things they do in their day-to-day life will result in a bunny getting a proverbial boot to the face — no, sorry, a literal boot, claw, paw, etc., to the face; its big, brown-eyed, bunny face. The bunny cannot fight back beyond gnawing savagely at a lettuce leaf in the direction of its attacker, so it just takes the punishment as its due and hops away hoping it won’t repeat whatever it did to deserve the kick. A bunny will always assume it deserved the kick.

Well, my z-using zealot, I can help you out by telling you some of the things you do each day that may cause bunnies to be kicked. With this knowledge, you can save some big, brown eyes from becoming puffy, black ones.

This is certainly not a comprehensive list of the circumstances that will lead to a bunny getting kicked in the nose, but they are probably the most common things you can look out for.

In the future, think about what you’re doing and ask yourself: